So @gauravcsawant put out this above tweet some weeks ago. Something similar had been playing on my mind too for a while. Social media as a force came into its own in the 2014 general elections. And with that come the dirty tricks associated with influencing minds.

I started putting default location for trends on my twitter profile as Pakistan some time ago, on a whim. What it has led to is quite a .. let me call it ‘fascinating’ observation every once in a while. The trigger was #Bihar trending in Pakistan on 08 Nov 15, soon after Bihar Assembly Election results were announced.

Interesting, no? Hashtags like #IhateIndiaBecause and such likes keep popping up out there every once in a while. But #Bihar? Yes, #Bihar, because the BJP / NDA lost and the left leaning media went into a celebratory frenzy!

What one inferred from this was (strictly my personal opinion, btw) that atleast some of the so called ‘secular’ handles were based out of Pakistan, or had in fact, ‘outsourced’ some of the outrage industry over there. The next example came soon thereafter.

Aurangzeb Road in Delhi was renamed, sparking another outrage from so called seculars. And ‘Lok Kalyan Marg’ trends in Pak!

It took a while for subsequent examples since I was no longer looking. Next one came by in August 2017. Gurmeet Ram Rahim was arrested and much of Punjab – Haryana went into a tizzy. Social Media was up in arms against the government of the day, and right on cue, #GurmeetRamRahimSingh starts trending in Pak too!

Guess, Pakis too were quite ‘concerned’ about the law and order situation inside India, apparently! Or maybe they were just adding fuel to fire in perfect sync with the ‘secular’ ecosystem out here? Your call.

Move ahead a week or so, and a journalist in Bangalore is murdered. Almost instantaneously, a call goes out in the secular media that it is the handiwork of ‘Hindu Terrorists’, some even creating fictitious Hindu groups that might have done it, and the social media world is on fire. Oh, btw ‘Gauri Lankesh’ also starts trending in Pak on 06 Sep!

I say coincidence because a country where journalism is one of the more ‘dangerous’ professions (‘More journalists killed in Pakistan than any other democracy’) is suddenly & overwhelmingly .’concerned’ about the murder of a journo in India! So much so that #RIP_IndianJournalism was again trending in Pak on 9 Sep!

Fast forward another week, and Amnesty International releases its report on use of pellet guns by Indian forces in Kashmir.

Remember pellet guns? And the ‘randi rona’ that seculars created because it was quite an effective crowd control tool to keep Pak sponsored stone pelters in check?

Well, the same randi rona started again, this time on BOTH sides of the border!

And soon #AmnestyExposesIndia was trending in Pak! Interestingly, the tweets associated were quite similar on both sides too!

Two days later came the #IHateIndiaBecause hashtag. Quite normal actually, since such juvenile hashtags keep coming up every few weeks. Except that quite a bunch of tweets were STILL about the topics mentioned earlier in this blog post.

Some were, in fact, perfect copy past jobs!
Quite a coincidence, no?

Point is, it might just be a flight of fancy that I have posted above, but then, I thought I might as well put it out here. Generally speaking, the Leftist ‘secular’ ecosystem over here and Pakis do tend to ‘agree’ on a few matters of opinion.
Why else would a handle called Pakistan Defence be interested in a protest march for a murdered journo in Bangalore?

This screenshot, I offer without any comments.

And before I sign off on this blog post for the time being, just try and recollect the narrative on the #TerrorBoat incident in Pakistan as well as the ‘secular’ ecosystem within India.
’nuff said.
Ok, so time to add more this blog post!
What is interesting is not that Gujarat was trending earlier in the afternoon of 18 Dec 2017, but the sheer number of tweets – 284k, a figure which should have crossed 300k by now. And this in a country that only had 3.1 million twitter users last year! (source: https://geo.tv/amp/131187) 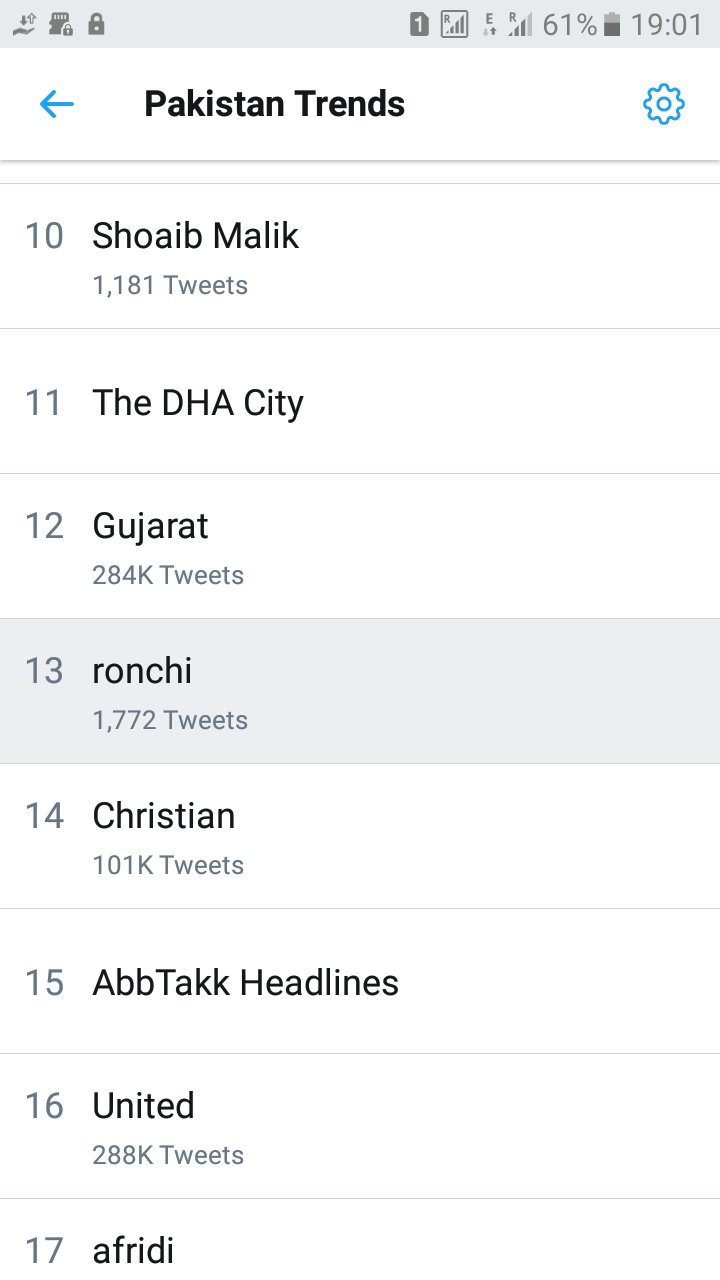 11 Dec 2018: A total of THREE hashtags on Assembly Elections in India trending in Pakistan this afternoon .. I wonder why! Now waiting for a new hashtag with the word ‘Modi’, ‘BJP’ or ‘RSS’ within!

04 Jan 2019: So this was trending in Pakistan today at about 2pm when the govt was replying to the opposition about their allegations on the Rafale Deal. Totally coincidental, no?

10 Jan 2019: A very ‘interesting’ trend right now .. wrt the Kartarpur Corridor. The corridor issue was always a wild herring in middle of election season in India. And they say Khalistanis have no connection with Pakis whatsoever!

14 Oct 2019: So the Prime Minister of India travels to a South Indian state for a summit with the Chinese President. And #GoBackModi tweets start greeting him. But get what, most of such tweets emanate from Pakistan!

25 Feb 2020: So Delhi sees communal violence and Voila .. the TOP THREE trends in the Land of the Pure get dedicated to that!! Now pl tell me there is no ‘moral’ support from across the borders to the instigators – both online as well as those on the streets.

26 Jan 2021: With all that happened in Delhi today, the 2nd & 3rd highest trending hashtags in Pakistan are no surprise, including the sheer numbers of tweets with them – pretty large for a country with hardly 3 million twitter users! Enemies within & enemies outside as a tag-team!

And it continues .. not just the hashtags, but the sheer numbers of tweets as well. Now if you tell me that it is a mere coincidence, then I have a red coloured building in Old Delhi to sell to you. Packies and Khalistanis are the two sides of the same coin. Period. 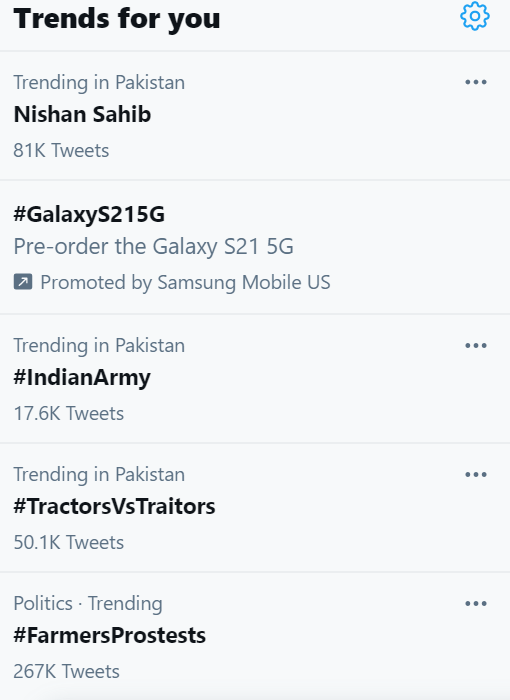