Skip to content
HomeOn the Battle of Chhappar Chiri / Sirhind 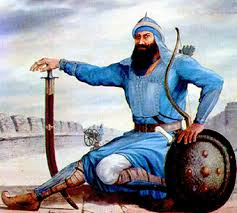 Folks, yesterday marked the 309th anniversary of the day when the Sikhs, led by Banda Singh Bahadur entered the city of Sirhind. Here’s a short blog on the events leading up to this significant victory for the Khalsa Panth.

Sirhind was the unfortunate witness to the martyrdom of the two younger Sahebzadas of Guru Gobind Singh at the hands of its Governor Wazir Khan, who’d vowed to finish the Sikhs after the battle of Anandpur Saheb in 1704. 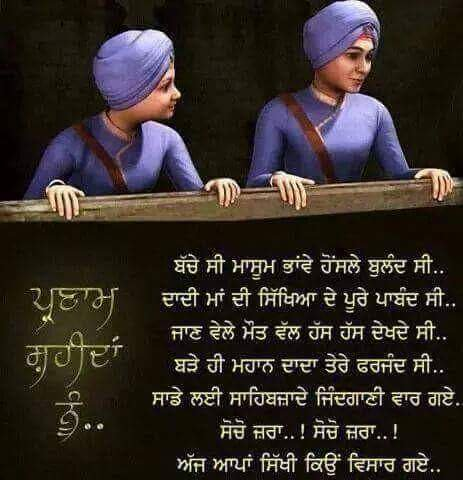 Sahebzadas Fateh Singh and Zorawar Singh were just 9 and 6 years old respectively, but stood firm to their faith like a rock. 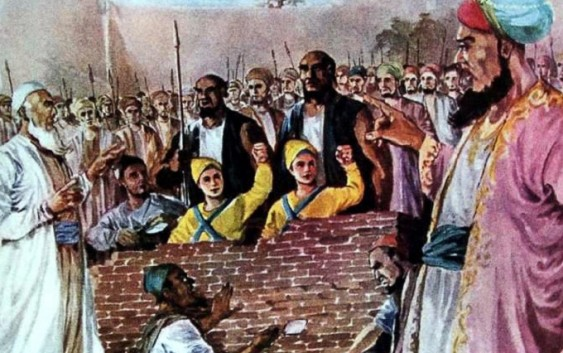 They chose martyrdom over conversion to Islam, along with their grandmother, Mata Gujri, the wife of Guru Teg Bahadur, who too had earned the title ‘Hind Di Chaddar’ for his sacrifice. 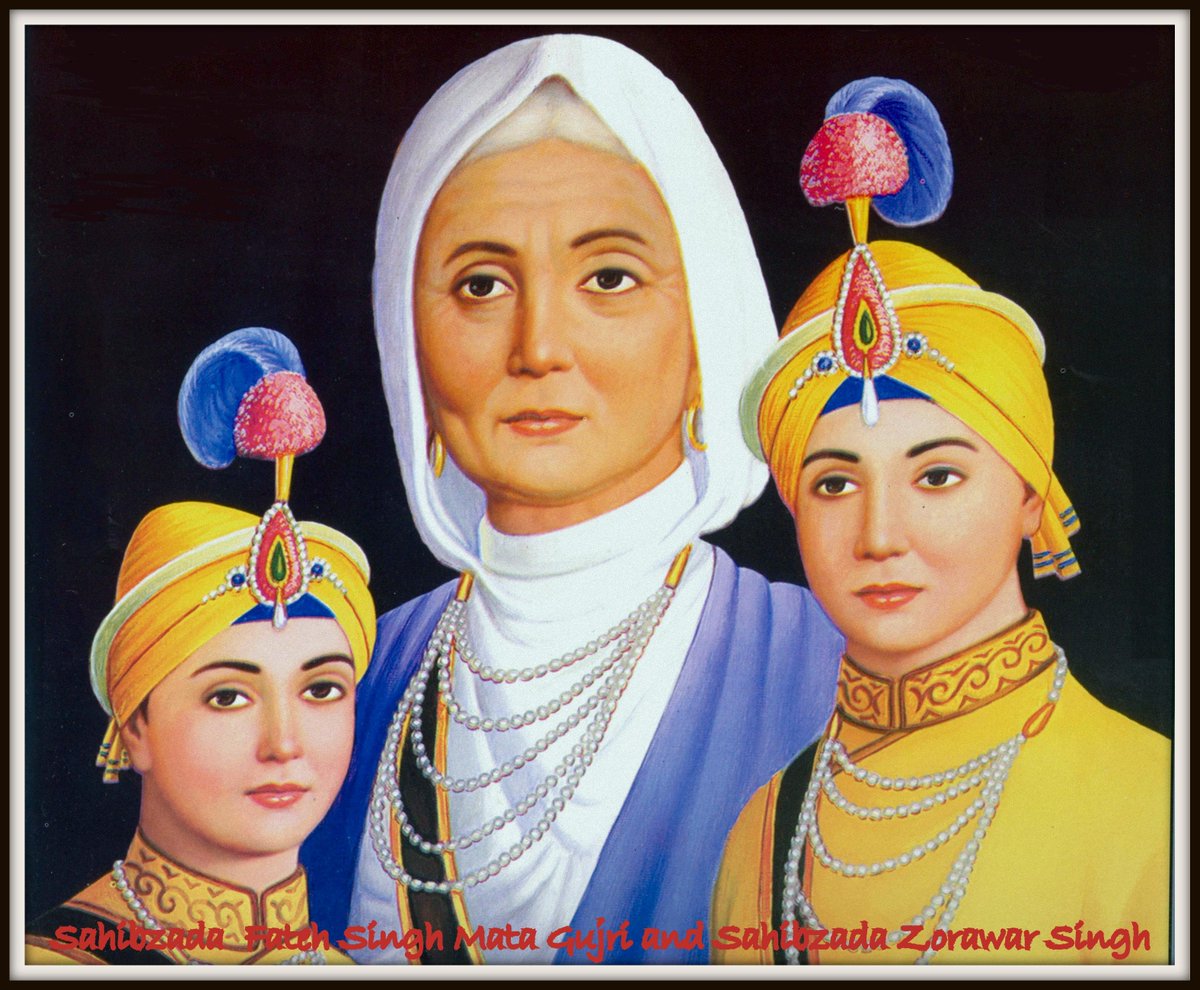 Enraged at this dastardly act, the Sikhs vowed revenge.

Soon, in 1708, Guru Gobind Singh too was murdered by assassins thought to have been sent by the same Wazir Khan. However, the Guru had, shortly before his death, baptized a young ascetic, Madho Singh and given him the title, ‘Banda Bahadur.’

Realizing that he was mortally wounded and wouldn’t be able to punish Wazir Khan himself, Guru Gobind Singh sent Banda Bahadur for the job shortly before he left for his heavenly abode.

In Oct 1708, Banda Singh Bahadur marched towards Punjab with 25 Khalsas and a ‘Hukumnama‘ enjoining Sikhs to gather under his banner. As Banda reached Delhi, thousands had gathered around him, raring to avenge the Guru and his Sahebzadas.

Sonepat, Samana, Shahbad, Mustafabad, Kapuri and Banur were soon subjugated. Now Banda Singh Bahadur marched towards Sirhind to give battle to Wazir Khan, who too had marched out to meet him.

The Khalsas and the Mughals clashed at Chappar Chiri in Kharar Tehsil on 12th May 1710. The Mughals fielded cannons and cavalry whereas the Khalsas fought with swords, spears and small arms.

It was not an easy battle.
Far from it, in fact.

Wazir Khan fielded a strong army, bolstered in numbers by a call to Jihad issued by him.
In initial stages of battle, they prevailed over the the Khalsa, with their artillery causing many casualties.

Realising the criticality of taking out the Mughal arty, the Sikhs charged towards the guns.

Many fell enroute, but the remaining finally silenced the Mughal artillery.

Here too, the Mughals had an upper hand due to their numbers.

At this stage, Baaj Singh, the second in command of Banda, who was sitting atop a mound to observe and direct the battle, approached him and requested him to join the battle.

Banda Bahadur moved to the forefront of his army to give battle to the enemy.

In words of Sohan Singh,

‘Then rose he (Banda) like a hungry lion from his cave & sprang upon the army like a bolt from the blue.

His appearance very much encouraged the Khalsa, whereas it struck a general terror among the enemy.

The irresistible Banda, with a single sally changed the whole scene.’
Unquote

Encouraged by the sight of their leader, the Sikhs fell upon their enemy with renewed vigour. Many a Mughal were dispatched by the Khalsas without any pity or remorse.

In the words of Khazan Singh, ‘When the battle was raging, a strong storm set in and with that the Singhs rushed at the enemy and put them to flight.’
Unquote

‘Money and baggage, horses, elephants, fell’ said Khafi Khan, ‘into the hands of the infidels (Singhs) and not a man of the army of Islam escaped with more than his life and the clothes he stood in.’
Unquote

Outnumbered, out-gunned and under-equipped, yet the Khalsas prevailed over the enemy.

Wazir Khan himself fell to the sword of Fateh Singh.

After a bloody battle lasting two days, the Singhs finally raised the victory cry and Banda Bahadur took formal charge of Sirhind, which had borne the brunt of the final stages of battle as the Mughals fled Westwards from Chappar Chiri.

On 27th May 1710, Banda Singh Bahadur held a huge ‘Diwan’ in Sirhind city and proclaimed the Khalsa rule and the end of Mughal tyranny.

With this victory, ‘Khalsas of Gobind’ now controlled all land between Sutlej and Yamuna.

This was the first Sikh kingdom in the Land of Five Rivers, established after innumerable sacrifices. It didn’t last very long, but a start had been made. A lasting Sikh Empire was but a matter of time.

God bless the souls of those that perished in those days. 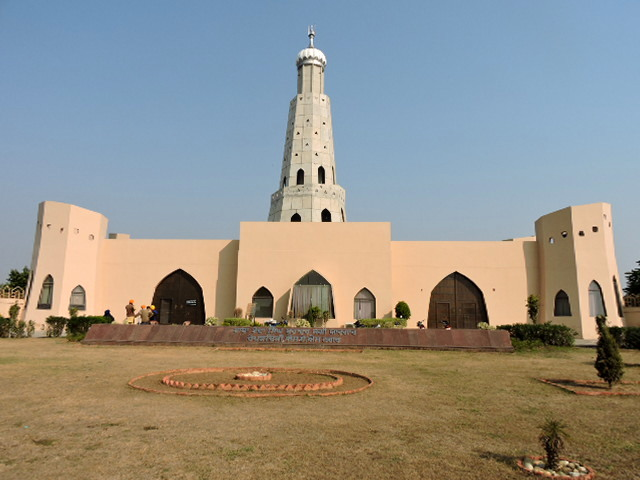 Fateh Burj (Victory Tower), constructed in Chhappar Chiri to commemorate the epic battle that the Khalsas fought there under the stewardship of Banda Singh Bahadur.